I may not be on social media, but I do know that people will post things at a time when they are most vulnerable, only to later regret it. Well, just so you know, Santa is also checking Facebook and Twitter to know if you’ve been bad or good – as any good modern Santa should! Hopefully he won’t be finding anything too appalling on anyone’s Facebook or Twitter accounts – or will he?!

Give the Gift of Amazon Prime 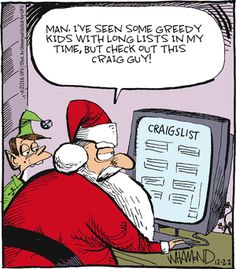