The most beautiful experience in a woman’s life can quickly get overshadowed after the birth of her baby. As a first time mom and full of energy at that time, I quickly lost all the ‘baby’ weight and was back to my ‘ol self in no time. I walked to a local park with baby strapped securely in her stroller and walked about a mile a day. There was no science, no diet, no torture, no miracles here to be made. I simply walked every day – Monday through Friday. At this point in my life with Chiari + Syringomyelia and Hypothyroidism – which can give you unexplained weight gain, exercising is basically non-existent, much less walking for long periods of time because my legs can give out at any given time.

At this point my body after having six c-sections  – understandably, has not been the same. Yes I know there are six which is a lot according to today’s society – but I won’t be going into all that. The message here is to accept our bodies as they are after baby. Your body has done the most precious thing, which is to create and care for a human in your womb and then give birth to it. I’ve birthed my babies being born weighing from 5 pounds to 9 pounds 10 ounces. I’ve also been the size 2 and am now way past that! But before I allow myself to tear my body down, I try to remember that my body has done what no other body has. It’s been through surgery after surgery and has carried babies – healthy babies! Remember that! Also, give your body time to get back to pre-baby shape, don’t rush the process, it took you 9 months to get there, it’ll take you 9 months to get back there.

Now, how to come to a place where you are accepting of it?! How?! When I look in the mirror, I want to love what is looking back at me. It may not be perfect, I have loose skin, I have cellulite and dimples in places where I didn’t know there could be and stretch marks on my stomach, and legs and well everywhere! The darn things are everywhere, they’ve invaded my body, have taken out their sh$t and are enjoying their stay. There is no leaving for them any time soon. The creams, the oils, they don’t work – at least not for me they didn’t. Either that or I’m months too late in getting my money back on those belly creams. I think they’re actually hereditary, if your mom had them when she was pregnant, the chances of you having them are pretty precise. Sorry to be the bearer of the bad news, but yes!

The most effective way I’ve found aside from making the necessary steps in accepting my body the way it is now, is to dress for my body. You need to know your body, know your new body shape and dress for it. And know that a woman with confidence makes her the most beautiful. Lastly, wear a shape wear after baby, it helps smooth and tuck the abdomen area. These looks are what I look for when shopping and dressing my new body after baby.

It’s not what you wear, it’s how you wear it.

I’ve found that non-tight fitting t-shirts or flowy shirts look best. They don’t accentuate my stomach or abdomen area – my ‘problem areas’ and are the most flattering. And if I do wear a form fitting shirt, I like to wear a jean jacket over, jackets are such staple pieces.

Also, high waisted jeans, they avoid the ‘muffin top’ – which by the way, there isn’t such thing, that only means you’re wearing jeans that are two sizes too small for you. What a difference good fitting jeans make! Also, if I can give you a tip on something to look for when buying jeans, the zipper, the longer the zipper the less camel toe you’ll get. Yes!

I love the A-line t-shirt dress for a casual look. It’s so flattering and hides what you don’t appreciate at the moment. I personally don’t like anything that is tightly cinched at the waist line or underneath the boobs – you know what I mean, yes, I feel like it makes me look a little pregnant-ish again.

Just like the A-line t-shirt dress, I do the same for the evening dresses. How amazing are these?! And lastly the skirts, now because my ‘problem area’ is my abdomen, I pull the skirt up higher than my waist, bring the skirt up higher – you’ll notice the difference! You can see what I did for our last family photo session with the skirt and chambray shirt – such an easy and cute way of finding what you currently have while embracing your new figure. I’ve loved the combination of a casual top, like a tank top to a t-shirt with a flowy skirt/dressy bottom. 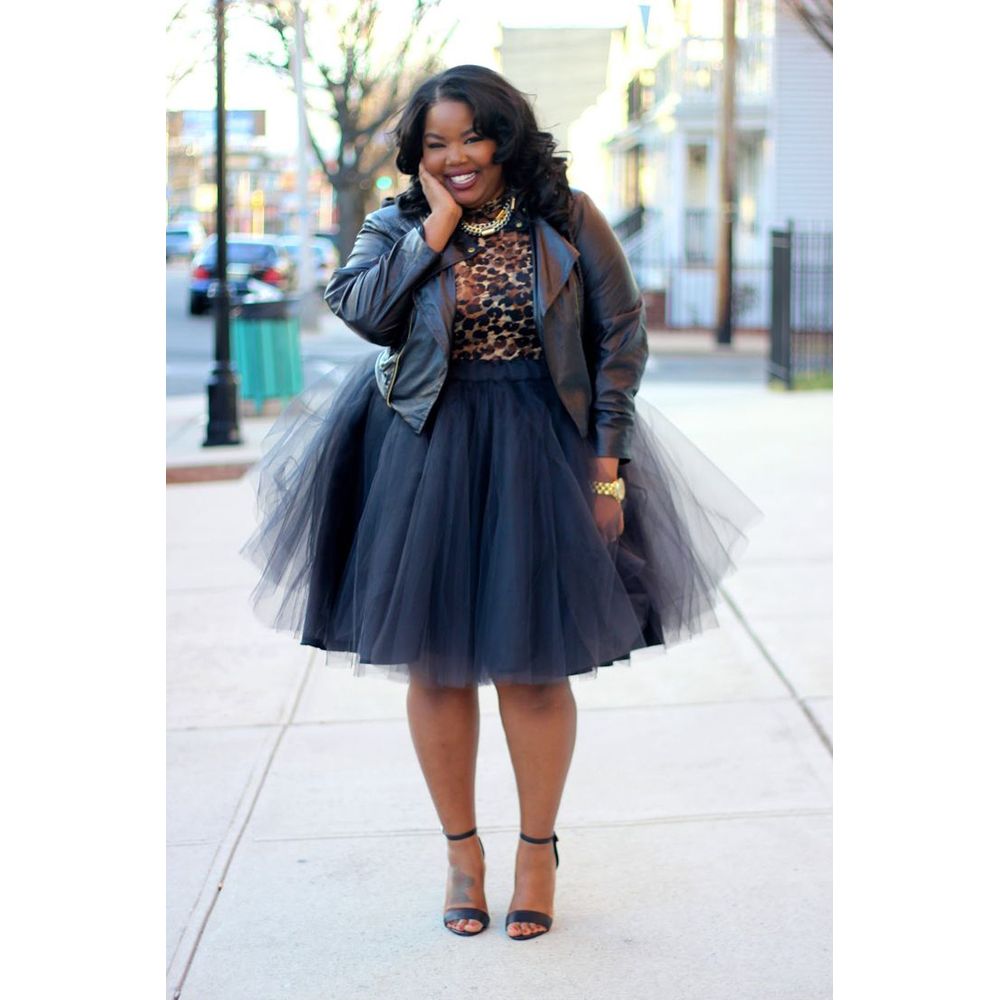 And because my family will be going on vacation in the next couple of months, I wanted to see the swimsuits. These I found on RoseGal, Rose Wholesale and Plus Trendy – love the ruffle tops!

‘Wanting to be someone else, is a waste of the person you are today’

Here’s to us women loving our bodies at all stages of life! Have a beautiful day.

Hello all, if you didn’t know May is Mental Health Awareness Month. I wanted to share my own experience with postpartum depression – something few speak of.

While having a high risk pregnancy with my fifth child – due to Chiari, and off my Chiari  medication – due to the lack of medical knowledge on side effects the child may have, all resulted in postpartum depression. My decompression surgery for Chiari was done in 2013 and despite having had surgery, I continued to have chronic pain. I was also told of the possibility of a second surgery. The thought of a second surgery and being pregnant without taking pain medicine had me feeling an intense sadness. On September 2015, what I thought would be a quick trip to the ER for abdominal pain, ended in an emergency c-section. I’ve been through four prior c-sections and so when the baby didn’t cry, my motherly instinct told me something was wrong. In spite of my concern the nurses and doctors assured me everything was OK and the baby was taken to the hospital nursery. Once there he began to turn purple, began gasping for air and was rushed to the Neonatal Intensive Care Unit or NICU. His lungs were underdeveloped and he was not receiving enough oxygen. He would stay in NICU receiving medical treatment for the next 15 days. My depression just continued to grow. But, with a baby in NICU, making sure I was pumping enough breast milk to provide his nurses and thinking of the other children at home, I did not have to time to think of myself.

Fast forward 2017, I was pregnant with my youngest, this again was considered a high risk pregnancy due to my Chiari diagnosis. After multiple trips to the ER with early contractions, I received steroid shots to help the babies lungs. She was born on February 2017 by emergency c-section. Her lungs were in great shape, thanks to the medication they had given me while still pregnant. She was still though considered a preemie and had to spend time in NICU for preventative measures. I again, continued to spiral in my depression. I knew it wasn’t the baby blues. She was the most perfect baby girl, with these piercing light eyes and there I was feeling no bond with my child. I unable to get out of bed – not because of the obvious pain from a c-section, but because I felt this internal sadness. The thought of even having to feed my new born overwhelmed me with anxiety and fear. I laid in my hospital bed not knowing how I would get up to visit my baby in NICU. The view of the door seemed eternal as if it would take miles of walking just to reach it. When I got home, the deep sadness continued. I mentioned it to my obstetrician and he assured me that it was the baby blues, but to have peace of mind, that I should go see a therapist. I didn’t.

However, by the end of 2017, having to care for a new born, 5 other children and still feeling sad, anxious, uninterested in just about everything and fatigued, I sought help in form of a psychologist. I also began thinking what going to a therapist would mean, I felt a sense of embarrassment, what would people say if they’d find out, what would my family think, would they think I’m crazy, unstable, unfit?! The thoughts were overwhelming. It went against what I thought the world would think of me. But it became the best decision I could have made for myself and my family.

Postpartum Depression (PPD): This occurs after the baby is born, you have insomnia, feel sadness, loss of appetite, noticing difficulty bonding with baby, irritability, loss of appetite, hopelessness, you find yourself not being able to concentrate. This requires medical diagnosis and if you go untreated, these symptoms can last months or even longer.

If I could tell you anything from my experience with postpartum depression is not to wait. I waited and missed vital time in receiving medical help. I was too embarrassed to speak on feelings I thought people would view as lunatic and absurd! On the contrary, my family were the most supportive. The one thing I am in constant need, is the reminder that I shouldn’t care or think of what the world thinks of me. Put yourself first, your mental health is a priority. If you feel in need of mental help, seek it – because acknowledging that you need help is vital and it’s nothing to be ashamed of.

Also, speaking one day on this topic of postpartum depression, my therapist – whom also has patients at a local hospital, told me that the hospital is now screening pregnant women. They are screened before and after the birth of their child for signs of postpartum depression. How amazing is that! I can only say that we are truly moving in the right direction, just as a newborn needs care, the mental state of the mother does too. I can only hope that this same protocol is done in every Hospital nation wide, so that no mother goes untreated.