This reblog is from Bereaved Single Dad – blogger and father to a son. As they say, it’s never  too late, too late to become educated, to learn, to become aware and to shed light on things that matter to you. Him and I share one thing that’s close and dear to our hearts and that is our sons have been labeled many things, which only means they are extra special.

I recently saw the comedian Amy Schumer’s Netflix special, ‘Growing.’ She opens up on her husbands autism diagnosis. She and her husband – a chef, are expecting their first child. It was also evident that in the midst of a diagnosis we can still find laughter and joy.

“Once he was diagnosed, it dawned on me how funny it was, because all of the characteristics that make it clear that he’s on the spectrum are all of the reasons that I fell madly in love with him,” she says in the ‘Growing’ Netflix special. “That’s the truth. He says whatever is on his mind. He keeps it so real. He doesn’t care about social norms or what you expect him to say or do.”

This reminded me of my son – he says as he sees it, he’s now 9 years old, working hard in school and continues his speech therapy. You can read more on my son’s Autism diagnosis here. When I first heard her speak on the topic it was hard not  to feel an overwhelming feeling of hope. The stigma around Autism – as many other diagnosis, is the unknown future. Will he find a special person, a wife, will he have children, a career, etc.? The actress speaking up on her husband’s diagnosis filled me up with both appreciation and hope. 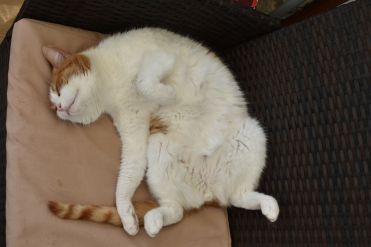 It’s been a ‘on your back’ sort of day. Not just for the pets. First we played football in the garden. Son wasn’t keen on using his boots so I dug out mine as well. As a I put my boots on I warned son that they would be hard to walk with on the […]

via Get on your back.. — A Dad trying to cope with the loss of his Partner and becoming a single parent. 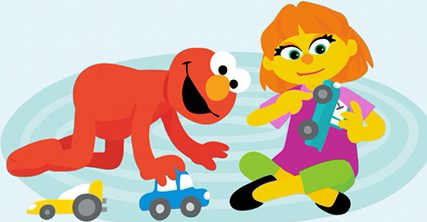 World Autism Awareness Day 2018 was April 2nd, however April is still National Awareness Month. It is my hope that I can help spread awareness by sharing my experience with my son – my second oldest, whom was diagnosed with Autism in 2016 at the age of 6. I will attempt here and try to give you some tools that will help you or someone you know, learn the possible signs of Autism. Please keep in mind like everything, everyone’s journey is different.

There is no doubt that each child begins to do things at a different time, starts to hit milestones at a different pace. But know that pediatricians do want some milestones to be met, otherwise it may be a sign that the child needs further evaluation to know if there’s an underlying issue. You can visit  Autism Speaks to know what specific signs to look for in babies and toddlers or any age, to be able to go from concern to action. I’ve had the privilege to still be seeing the same pediatrician – it’s been almost 11 years. He helped me see that my son at 14 months old wasn’t properly developing and immediately sent me to the right specialists. Maybe it’s because of my own health but I am a firm believer that it is best to know and act, then not to act at all.

My son’s journey began when he was 14 months old, when aside from being developmentally delayed, he was diagnosed with speech delay because he wasn’t babbling, pointing, no gestures, among other things. So, by the 20 month mark he was placed with a phenomenal speech and occupational therapist that would come to our home to give him therapy. He was released from at-home therapy at 3 years old to attend a school that offered inclusion classrooms. At this time we also began an IEP for him. What is an inclusion classroom? Well, this is a classroom that allows a child with a disability or special education to learn with other children that are non-disabled. This has been beneficial for my son, at home he has his siblings but at school he also gets to see things he has not yet mastered in other kids, so he may get motivated or curious and attempt to imitate. Whether that is in PE, like jumping rope, etc. What is an IEP? An IEP (Individualized Education Program) is a program developed by the public school system for each child that needs special education. This IEP is put together by a team at the school and the meeting includes us – the parents, and it’s reviewed at the beginning and towards the end of each school year. We’ve also been fortunate enough to live near a school that offers these programs that can accommodate children like my son that need speech and/or occupational therapy. The therapy is done in the school and during school hours. These programs have been removed in schools that once offered them, due to budgeting. If parents can’t find a school near them, they are then directed to take the child outside for private therapy.

So, let’s fast forward to today, he is now in the 2nd grade, is almost 8 years old and continues to have an IEP in school.  Although my son was released last year from occupational therapy, he continues to be in speech therapy. I can’t tell you that anything drastically changed in our home with him since his diagnosis in 2016, aside from finally getting answers to behaviors he was demonstrating. The sense of relief was overwhelming, it’s not something any parent wants to hear, but it’s a reminder for me to continue to see that this particular son of mine, just needs a little extra love and patience. That’s all. His diagnosis was ‘mild Autism.’ What is ‘mild Autism’? While we were told he has ‘mild Autism’ by his neurologist, there is no official ‘mild Autism’ diagnosis, doctors will still categorize ‘mild Autism’ as Autism because it all falls under one umbrella. So, as to not confuse anyone, we don’t call it ‘mild.’ It’s extremely difficult to describe this ‘mild’ thing because he is academically doing great, the extra help he receives in the classroom is helping him a lot. However, symptoms will be seen, for instance loud sounds will make him scream and he falls apart. Our continued love for Disney World as a vacation destination for our family has helped him, he’s familiar with the park and he’s become aware of what’s going to happen next. He’s done great there. If you have a child with noise sensitivity say, they’re scared of fireworks or loud noise in general try these children’s earmuff’s/headphones. He has no ability to sense another persons body language, emotions or when another child is being mean to him. He shows repetitive behavior such has rocking, flaps his hands and jumps when he gets excited or nervous, also may even hit or push when he laughs. Also, when he has an interest in something, it’s intense. I’m going to be honest, the environment makes all the difference in his behavior, so his behavior and actions vary. He’s at times sensitive to the touch, at times not wanting to be touched at all, doesn’t like to eat certain textured foods, mushy foods like the tomato, avocado, etc., which many can confuse as him being picky. He can not watch a couple of movies, like ET and Willy Wonka because he will start to scream and cry uncontrollably. His teachers have a list of these to prevent them from showing these in his presence. He likes routine, doesn’t like certain types of clothing materials, has trouble climbing or going up and down stairs or even at times walking too much –  hence the only ‘C’ grade he has is in PE, this can appear as if he were clumsy.  This may give you clearer answers to sensory questions for children with Autism and any developmental disabilities. Aside from all this that many may think is ‘bad’, remember these children don’t know that any of this can be considered out of the norm. They are happy children and so smart. My son is incredibly caring, compassionate, loves hugs from Mom and Dad, loves his siblings, all things Lego and Minecraft and has an interest in numbers. I’ve said this before, this is one of those unseen disabilities because on the outside he looks like any other 8 year old boy. So, when a symptom arises anyone whom doesn’t know his diagnosis can easily mistaken him for behaving badly.  So, it’s not only about Autism Awareness, it’s also about Autism Acceptance, acceptance to all children and adults with any kind of disability.

Also, before I go, let me tell you about two amazing groups and/or organization that I have found to be making a world of difference in the Autism community. I do not have Facebook – I know, but if you do or don’t, either way, go and see what Autism Barbers Assemble, ‘Jim the Trim’ and a group of great barbers are doing in the UK. Their main focus is to cut Autistic children’s hair. They are changing the way we treat kids with Autism while changing lives. So, if you’re asking, what’s the big deal, it’s just a hair cut? No! Autistic kids have a hard time getting a hair cut because they think getting a hair cut hurts. If you can, take some time out of your busy day and watch on their Facebook page, ‘Jim the Trim’ cutting an Autistic child’s hair – holy moly, this man is nothing short of amazing! Lastly, Elmo has a new friend on Sesame Street and her name is Julia. She is a sweet, four year old girl with Autism. If you haven’t seen her debut that aired on April 10, 2017, meet Julia here. This first episode was wonderful and in my opinion I think they accurately captured the behavior and essence of a child with Autism.

Happy Autism Awareness Month, if I’ve opened your eyes even just a tad bit on this topic, then I’ve done my job. I’m in no way a doctor, and my opinions all come from my experiences in living with my son – that I would not change for the world.

And ‘D’ if you read this one day in the years to come, when you’re grown and I’m gray, know that God created you perfect in every way. I appreciate everything about you and I am honored to be your mami, I love you Gordo.